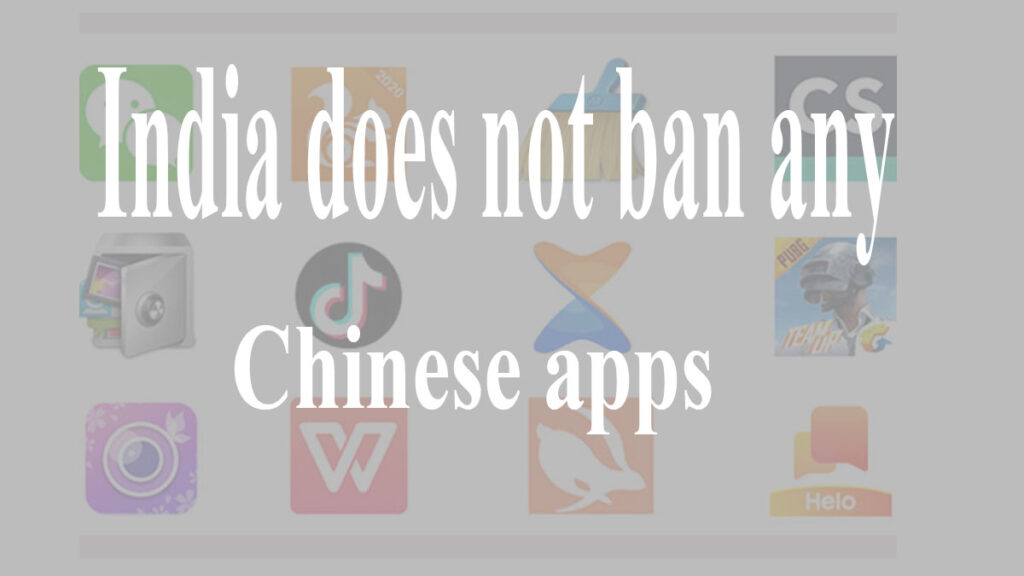 20 Indian soldiers were killed on june 15 at the Ladakh border during the Indo-China conflict. The fire of vengeance has been burning in India since the incident. Calls from various quarters are calling for boycottofing Chinese products and Chinese apps.

Recently, a post went viral on social media. The Indian government has ordered Google and Apple Stores to remove all Chinese apps from the country.

The issue comes to light in the central government of India. Press Information Bureau (PIB) has reviewed the post. They said the copy of the official order in the post was completely false.

As a result, the Indian government has not banned any Chinese apps. The Ministry of Electronics and IT has not even given any instructions to Google PlayStore and Apple App Store. That’s what the Fact Check Team of the Press Information Bureau reported.

However, multiple intelligence agencies have warned the central government not to use at least 25 popular Chinese apps in India, including ticks, in the recent situation. It’s recommended to stop these apps. The spies claim that the Important Information of Indian Citizens is out of the way.

The National Security Secretariat of India also thinks that these apps can be dangerous for the country’s security. There is a discussion about what to do. However, the central government has not announced any ban. A fake news report has been reported.